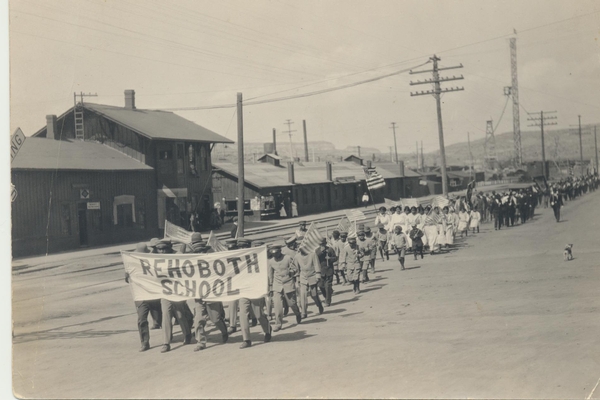 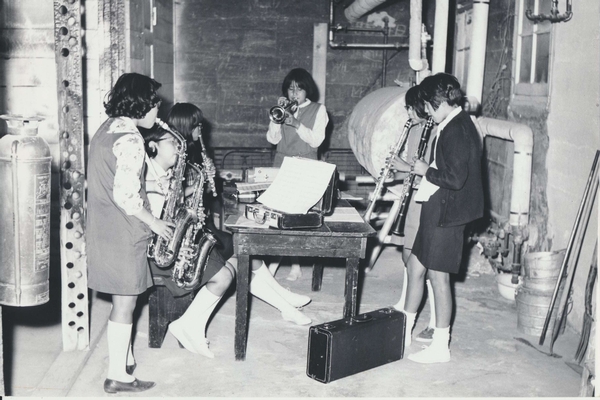 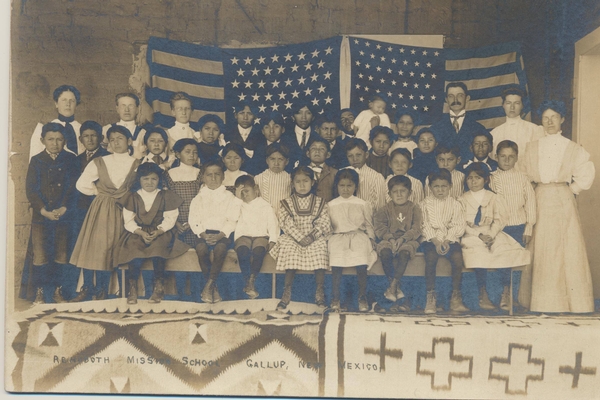 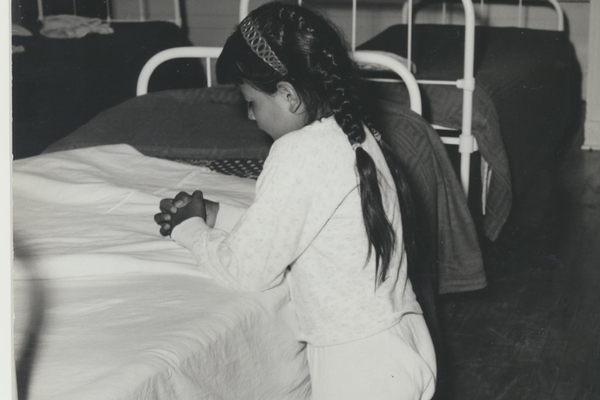 Rehoboth Christian School was started by missionaries from the Christian Reformed Church (CRC) who came to the Southwest in 1896 to bring the Gospel to the Navajo and Zuni people. In 1903, the CRC Board of Missions purchased a 320 acre ranch, located six miles east of Gallup, which would become the center of Indian missions and include a boarding school for Native American children. The new mission was named Rehoboth in the spirit of Genesis 26:22​ ​and was opened in December 1903 with six Navajo children, ranging in age from five to eleven as its first students. By 1917, there were 100 students, and by the end of the 1940s a high school was added. The number of students in the elementary, middle and high school has continued to grow, and today Rehoboth has 511 students in grades PreK-12.

In the 1970s, the CRC Board of Missions began to reduce its control and financial support for the school with more responsibility resting on a local school board largely made up of Native American parents. The school’s name was changed from Rehoboth Mission School to Rehoboth Christian School.

Although many families were introduced to the Gospel through Rehoboth in its early boarding school days, there were components of the methodology used to present Christ that Rehoboth now laments. Becoming a Christ follower sometimes appeared to be confused with becoming more like a white American. Many aspects of Navajo culture were prohibited, including the speaking of the Navajo language. The boarding school experience for some children resulted in trauma as they lived away from that which was familiar, especially their families. In 2003 the school issued a document entitled “A Message of Confession and Reconciliation”. As part of the observance of the school’s Centennial Celebration these issues were raised as past sin, and the need for forgiveness and prayers for reconciliation and healing were expressed. This process continues as Rehoboth seeks to humbly move forward with the desire to celebrate that which is beautiful in all cultures and mourn that which has caused hurt in the past.

Rehoboth Christian School has grown to serve one of the most diverse student bodies of any Christian school in the country,in terms of ethnic, economic, religious and academic diversity. Native Americans make up more than 75 percent of the student population with Anglos, Hispanic, and other ethnic minorities making up the rest. Students come from a number of Christian denominations including Christian Reformed, Baptist, Catholic, and Assemblies of God. More than half of Rehoboth’s students come from low-income and poverty-level income families. Students are able to receive instruction in the Navajo language at all grade levels. The Navajo Code Talker Center, housed in our middle-school celebrates the use of the Navajo language as a code during World War II. In 2001, the dormitories were closed and an extensive bus transportation system was developed so children living within a 60-mile radius could attend Rehoboth Christian School and remain living in their homes.

Known for its academic excellence, discipline, rigor, responsibility and Christian values, Rehoboth Christian School consistently prepares students to be leaders in their professions, communities, and churches. Graduates serve in professional fields ranging from medicine, education and engineering to tribal government and the church. More than 90 percent of Rehoboth graduates go on to college or vocational training school.

Rehoboth Christian School is committed to serving its students with an education that is distinctly Christian, culturally relevant, and affordable. Our mission is to challenge students to know the Triune God and equip them to love, serve and transform their world in His name.

Statement of Confession and Reconciliation

In 2003, during the 100th anniversary of Rehoboth Christian School, Rehoboth engaged in thoughtful reflection, confession, and testimony recognizing the mistakes it had made over the years as the mission was carried out. Here is the confession and efforts toward reconciliation.